Summoned to Brandenburg on Havel 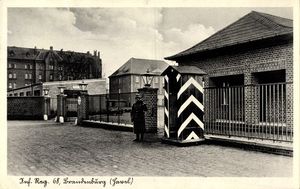 Barracks of Infantry Regiment 68 in Brandenburg/Havel[1] 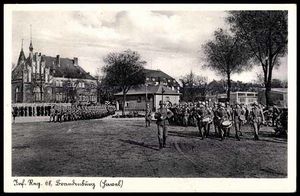 On 9 August 1940, I enlisted as a sergeant in the 4th (Weapons) Replacement Company of Infantry Regiment 68 in Brandenburg on Havel. It is the same barracks where I did my exercises.[3] I move into a single room on the third floor. Since nothing is happening yet – it is Saturday afternoon (or Sunday afternoon?[4]) – I make a sudden decision to return to Berlin. It was not homesickness. I do not know that. I have never been homesick in my life. Was it perhaps longing for the Wannsee? I am back in the evening.

Now two months of barracks service follow, until one day a new order reaches me: Detailed into the field!